Harvest has begun at Linganore Winecellars in Mount Airy, Maryland.

Each year, vineyard manager, Eric Aellen and his team tend to the ever growing crop of Linganore grapes. After planting 2 new vineyards earlier this year, the vineyards at Linganore continue to grow.

He’s picking Cayuga grapes this week and has harvested 70 tons that will go into White Raven and Skipjack. The next grape to be harvested is Vignoles, some of which will be used to create the first methode traditionelle sparkling wine for Linganore.

The 2015 growing season began began quite wet- recalling the record 13 inches of rain in June and this meant fighting off mold. But this rain also got the growing season started and the heat of July and August make 2015 a good vintage. The reds are looking great and for the first time, the Petit Verdot will be harvested in October.

This harvest season will also be the second year hops are picked, which are grown for Linganore’s sister company, Red Shedman Farm Brewery.  All of this keeps the farm busy through the fall and winter months carefully tending the fermentation process until these grapes become wine. Recently, Linganore released 3 new wines, Retriever Red, Mountain Berry and Blackberry Kiss. Blackberry Kiss is a limited production port style wine made from 100% blackberries from Catoctin Orchards. 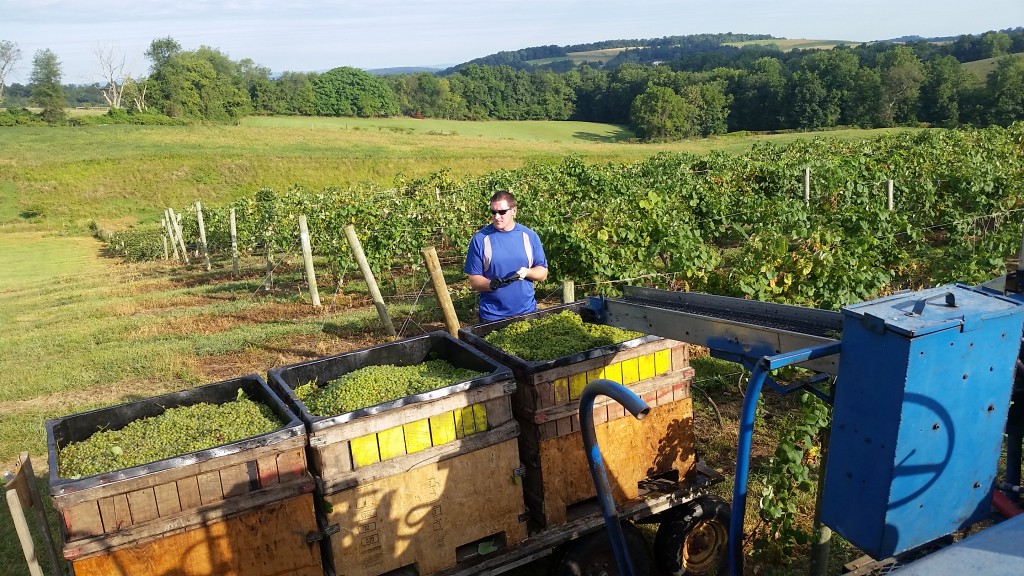